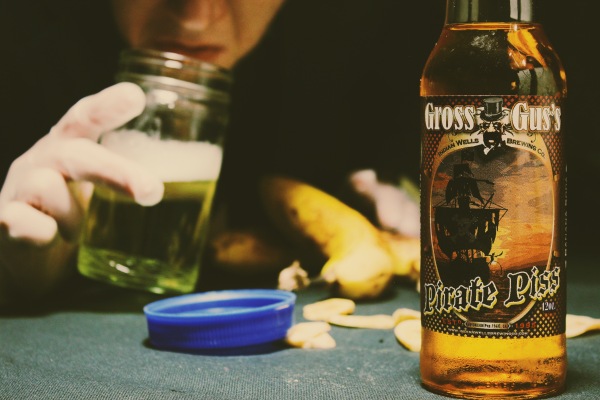 History: The last time we tried a novelty soda, it didn’t go so well. Here’s hoping this turns out better. Gross Gus’s soda comes from the Indian Wells Brewery. They’re the same people behind Death Valley Soda. “We’re gonna make something that’s really disgusting,” Indian Wells Master Brewer, Rick Lovett, says to me over the phone. They’ve succeeded. Today’s review, Pirate Piss, is one of the milder sodas in this line. Pimple Pop is the most popular. We have that one too, I just wanted to keep what’s left of my dignity for now. Lovett is a man of many flavors, 151 and counting to be exact. Many of these are top shelf sodas. As such, I asked him if Indian Wells put as much stock into the taste of these novelty sodas. His response? “All of our soda pops… we believe them to be premium.” If you look past the name and label, most of these Gross Gus’s sodas have at least a somewhat normal flavor you wouldn’t be opposed to trying. For example, Pirate Piss is actually banana and Pimple Pop is actually marshmallow. Why banana? “‘Cuz it looks like piss,” Lovett says without hesitation. Alrighty, then. As you might imagine, these sodas are kept alive by little boys who bug their moms to buy them. And they do. All the time. There’s no special ingredients in Gross Gus’s Soda. Lovett says they just make them big and bold, though Indian Wells does use some preservatives in these sodas for shelf life stability that they don’t use in their higher end lines. However, as with all Indian Wells sodas, the company uses natural spring water from, well, Indian Wells Spring. Indian Wells is a California historical landmark and the water is filtered through millions of feet of granite. Now that the history is out of the way, here we are: urine-esque banana soda. Who’s thirsty?

Where to get: Gross Gus’s sodas are most commonly purchased at Rocketfizz retailers. Check here to find the nearest one to you. There’s also Amazon for 12-packs and Soda Emporium for individual bottles. 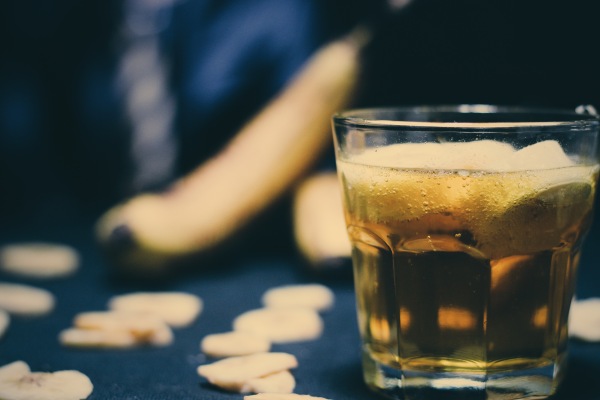 Taste: Banana hard candies; frothiness; watered down earthiness. You definitely get that sweet childhood banana candy taste right up front, but it’s fleeting and doesn’t last long enough. It gets replaced by a frothy, funky taste that unfortunately forms the body of the soda’s flavor. It’s just strange. It’s kind of like old fruit and it doesn’t really taste like banana. Harsh on the taste buds. Perhaps it’s literal pirate piss. I hope not. I’ll sue.

Finish: Earthy banana funkiness. I had to take too many sips to come to this conclusion.

Rating: Novelty soda rarely aims for taste and almost always attempts to convince the buyer of its worthiness with a funny name or outrageous label. How many annoying ten year-olds beg their mom to try *giggle* Pirate Piss? That alone makes this soda a success. Unfortunately, in the world of the craft soda, the drinker’s needs are more sophisticated. Gross Gus’s Pirate Piss is another banana soda that misses the mark. The initial banana taste is promising, but disappears before its potential gets realized. The soda’s main flavor is like squeezing old fruit you forgot about into your mouth. The aftertaste isn’t any better. But it’s not totally horrible. The idea is fun. It could serve as a fun novelty piece for your soda collection. People who enjoy banana soda… you might like this? I’ve yet to have a good banana soda, so if you’re one of these people, please email me. Just don’t be weird. The last time I asked someone to email me about banana-related things, I had to get a lawyer.