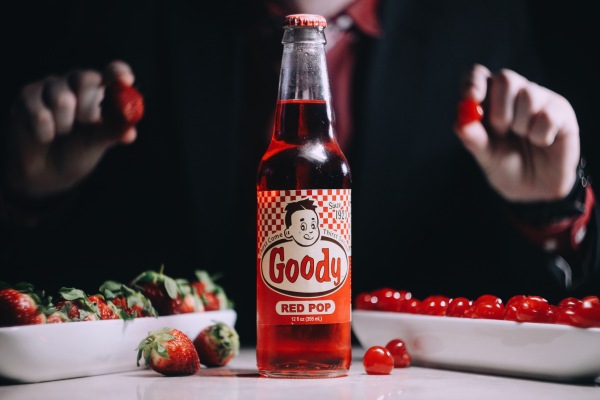 History: You know what wasn’t “goody”? Researching this damn soda. But by God if we can’t provide the best damn soda journalism in the world, we just won’t publish the review until it’s ready. So what do we have here? A soda called Goody Red Pop. It dates back all the way to the 1920’s, when it was created by Willow Springs Distillery in Omaha, Nebraska as an alternative to alcohol during prohibition. Soda Emporium states its exact year of birth was 1923. At one point, the brewery was making up to 24 flavors of it. And at another, the Willow Springs Distillery went bottoms up. Goody Pop was dead; it just wasn’t buried yet. Orca Beverage in Mukilteo, Washington is a distributor and producer of vintage sodas known for breathing life back into half-extinct brands. “Brands like Spiffy, Lemmy, Mr. Cola, Goody and Jic Jac were no longer being produced at all when Orca Beverage took an interest in them, acquired the trademarks and started researching recipes to come up with the authentic flavors,” says Harold Business Journal writer Jennifer Sasseen. In the early 2010’s, Goody made its return to the bottling line and on shelves. Orca Beverage produces four variations of Goody, and they’re all named after colors instead of flavors: red, blue, green, and yellow. You might’ve heard of another famous red pop by Faygo, but what’s this one all about? It’s made with pure cane sugar and according to the company, “it brings together all your favorite red fruits (and a few other candy notes) to make a big flavor classic red pop.” Not exactly the most descriptive explanation. But I guess the mystery is half the fun. I hope.

Where to get: Goody Red Pop is widely available throughout the U.S. You can probably find it at a Rocketfizz retailer near you, and if not, there’s a plethora of online options. Soda Emporium has single bottles and six-packs, while Orca Beverage and Amazon offer 12-packs. 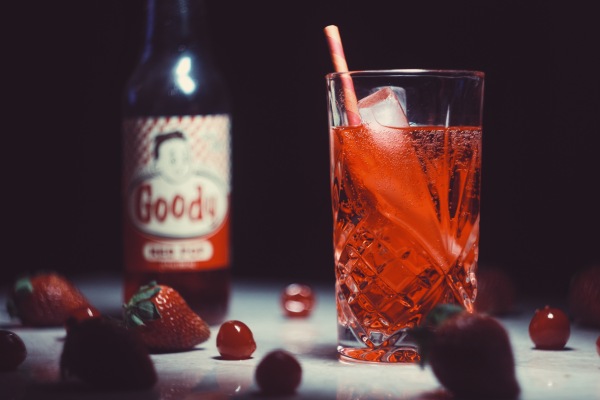 Nose: Whoa, *coughs*. This smells s w e e t. Like, I have Type 1 Diabetes and I haven’t even tried it yet. Smells like a combination of a pack of old fashioned bubble gum and cherry syrup. Maybe a little candy strawberry too. Very candy-esque. But good Lord, this smells intensely sugary.

Taste: Sugar; candy strawberry; mild cherry cough syrup; mild bubblegum. This is a mish-mash of as many red flavors as Goody could fit into a 12 oz. glass bottle. Red Pop is very sweet. That’s the first thing we noticed. Its strongest flavor is probably a candy strawberry. Think sugary strawberry bubblegum. There’s also some mild cherry going on. It reminds me of a cherry flavor you taste in cough drops. Kind of a sweet, tangy cherry. This tastes like someone melted down strawberry bubble gum and candy cherry chews into a syrup and added some carbonated water. Very sweet.

Rating: Let’s get right to it: I’m not gonna say this is good, but I’m not gonna say it’s terrible. It’s tolerable. Kids will probably like it. Adults will likely fall into a coma if they have more than a bottle. First off, the sugar hits you like the earth’s tectonic plates smashing together to break apart Pangea. If you don’t get that reference, you probably didn’t make it past second grade. I mean, this is very, very sweet. Sugar. Sugar. Sugar. Get it? Alright, now the flavor. Red Pop is like a cross between candy strawberry bubblegum and candy cherry. It’s mostly a rush of those two flavors encapsulated by a shield of sugar. You’ll also taste some tanginess along with the cherry flavor, the soda’s most redeeming quality. Kids might like this for its sweetness, but I’d have a hard time recommending it to any audience over 14 years-old. The sugar is just too intense. The strawberry and cherry flavors blend in an odd way that don’t compliment one another. And did I mention this is too sweet yet? All in all, it’s just too overbearing with a flavor that probably won’t move the needle for most fans of craft soda. If you need to fuel your heart for the final half mile of a marathon, have someone throw a Goody Red Pop your way. Just be prepared to have paramedics near by once the effect fully kicks in.