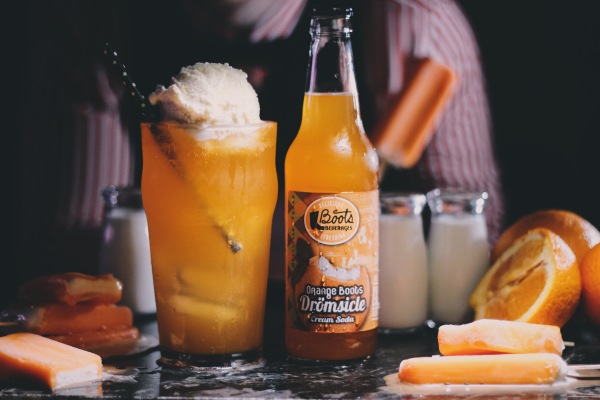 History: We know. The name. You’re curious about the name, right? Cream pop? Sure. Creamsicle? Yup. Orange Drömsicle? What the F is that?!? Don’t worry, we got you. According to Boots Beverages National Director, Kim Joiner, the name ties into the roots of the Bryan, Texas-based family business. “Mark Kristen’s grandfather, Ambrose (pictured on the Sarsaparilla bottle) came over from Germany in 1862. Ambrose purchased the bottling company in February 1930.” Apparently in Germany they enjoy drömsicles. But don’t panic, everyone. This indeed is an orange cream soda. In fact, it is designed with “ultra creaminess” in mind. Joiner tells us this is the closest Boots Beverages could get to an orange cream flavor without literally putting dairy in the soda. She doesn’t pull punches when we ask what the idea behind the concept was, adding they wanted to “create the best tasting orange soda” on the market. The flavor was launched in October of 2016 as part of the second five flavors the company launched. We’ve reviewed a couple from the first round if you wanna take a peek. If you’re looking for a culinary pairing for orange drömsicle, Joiner suggests a light protein like fish or to just go all in and enjoy it with ice cream. For the more adventurous, try it with champagne poured over the top and drink in the sophistication. 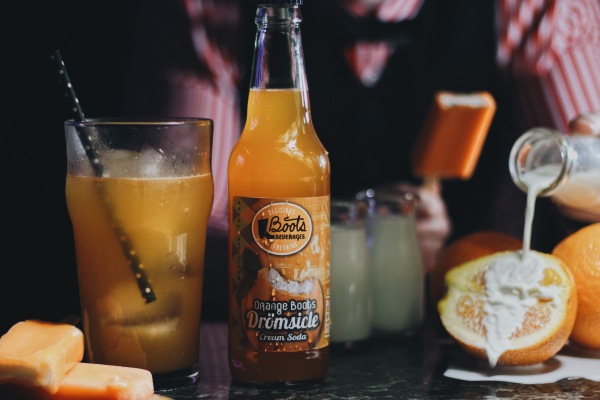 Nose: Creamy orange, huge vanilla notes, dreamsicle, orange popsicle, those little childhood fake orange drink barrels, orange popsicles. The smell on this is divine. If the taste is anywhere as good as the smell, I may slip into something more comfortable…

Taste: Tangy orange zest, orange popsicles, mild vanilla. The vanilla swirls around the other flavors like a Texas tornado. It becomes more prominent as you continue drinking the soda. The orange is tangy and refreshing right off the bat, with an authentic punch. The flavors in orange drömsicle sway back and forth between zesty orange juice with smooth, mild vanilla and candy orange popsicle with bold, velvety vanilla cream. Superb.

Rating: This is one of the best orange cream sodas on the craft soda market. It’s orange and vanilla exquisiteness. You won’t want to stop after you start drinking this, and there’s a few reasons. The flavors are familiar, but complex. Comfortable, but challenging. Refreshing, yet bold. We can’t think of anything wrong with this is what we’re saying. The way the flavors develop as you drink it is what takes orange drömsicle to the next level. Boots Beverages carefully crafted this soda in a way that mixes flavors of your childhood and adulthood. On the arrival, the orange half of the equation tastes fresh and ripe floating along a vanilla river. As you continue drinking, the orange transforms into more of a candy popsicle taste and the vanilla becomes creamier and bolder in flavor. I love the way this evolves. It’s tangy, creamy and has just the right amount of zip on it. When a soda can make you smile, it’s done its job. Boots Beverages will likely always be most known for their masterful coconut cream soda, but orange drömsicle proves there’s a new sheriff in town.