History: It all started with chicken wings. Years and years ago, Chuck Wagon Soda owner Terry Schaeffer sold chicken wings off a concession trailer. It was 21 feet long. The problem? You had to buy 30 feet of space. I wasn’t a math major, but that leaves nine feet of nothing. So Schaeffer thought about it. He figured he’s from Pennsylvania, where a lot of vintage sodas are already produced… why not try his hand at at too? It’d give consumers something cold to wash down those spicy wings. But he wanted to keep it old school. “They used to feed cowboys off a chuck wagon,” he says matter-of-factly. Schaeffer himself looks a bit cowboy-ish with mustache so thick you could comfortably sleep on it. And thus, Chuck Wagon Soda was born. It’s literally a wagon stand of barrels with soda on tap in each, commonly sold at festivals or events. Shaeffer actually sells these custom-built wagons to interested vendors. The production started in 2000 and in the first seven years they sold eight wagons. Since then, Schaeffer says, they’ve sold 93. The wagon sales are actually the main portion of the company’s business. Bottled soda sales account for a fraction of Chuck Wagon Soda’s income, but Schaeffer wanted customers without access to the wagons to have a chance to try the soda. Chuck Wagon Soda sells seven of its flavors in bottles and 11 on the wagons. Among some of the wagon exclusives include exotic flavors like lemon cream and raspberry cream. Today’s review, sarsaparilla, is made with old sassafras that is native to Pennsylvania. The company worked with a chemist to ensure all their flavors were up to their tasting standards. And like many craft sodas, these are made with pure cane sugar, top-quality ingredients, and use limited preservatives.

Where to get: Because soda is such a small part of the business, outside of finding a Chuck Wagon Soda vender randomly, your best bet is to go online to Chuck Wagon’s website to order these puppies. 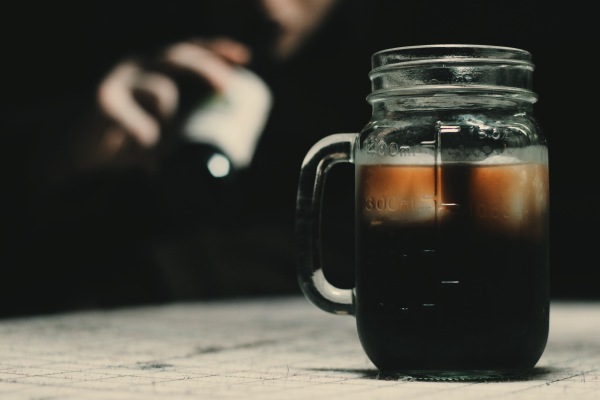 Nose: Birch bark; sassafras; caramel; old-fashioned root beer. This smells like the root beer you get at the fair. It’s a very olde tyme scent.

Taste: Sassafras root; molasses; vanilla; light mint; throwback root beer. This is branded as “Old Fashioned Soda” and it tastes like it. It’s got a very classic fairgrounds, crisp root beer flavor with strong notes of sassafras, sarsaparilla root, and what I believe to be molasses. There could also be a little bit of caramel flavoring in here. I’m reminded of when I used to get root beer at the fair served in a silver mug, a notion I find humorous because that’s exactly what Chuck Wagon Soda does when they sell their soda on site. They literally make their own tin mugs. This sarsaparilla is not creamy. In fact, it has a little bit of a minty bite to it, but one that isn’t harsh on the palate and doesn’t distract from the overall flavor profile. There’s definitely some vanilla in this, but it gets overpowered by the sassafras and sarsaparilla root flavors. Those are your main two flavor profiles in this drink and they tend to blanket the complimenting flavors. You can taste them, I’d just like to see the vanilla and molasses shine a bit more.

Finish: Vanilla and caramel with a minty, classic sassafras root taste. This is the creamiest part of the soda, but one that quickly fades.

Rating: This is most definitely old-fashioned flavor personified in the modern beverage industry. Bold sassafras and sarsaparilla root stand out in this take on sarsaparilla that places you back in the early 1900’s at Grandpappy’s Saloon. Notes of vanilla and molasses linger about but never seem to find their place. Kind of like me in high school. But you can really taste that rich Pennsylvania sassafras. Chuck Wagon Soda executes the main flavors in this sarsaparilla in a palate-pleasing manner, but falls just short on incorporating a supporting cast to form a well-rounded flavor profile. I’d recommend this soda on a hot day out by the pool. Definitely worth a shot, but probably not something that will blow away the avid soda connoisseur.