History: It wouldn’t be summer without watermelon… soda? At least it wouldn’t be according to Dry Sparkling. Founder Sharelle Klaus says it’s “such a nostalgic flavor that is synonymous with this time of year.” The Seattle, Washington-based company boasts nine different flavors and decided to add Malali Watermelon and Serrano Pepper as seasonal offerings that run through August of 2016. Dry Sparkling is one of those companies not afraid to be different. Every soda they make is under 100 calories, containing only four ingredients. Basically none of their flavors are traditional. And they’re all designed to be paired with food. It’s soda for the artisan crowd. Klaus says, “I believe we’re creating a new category of soda.” But back to this particular flavor. Straight up, what is Malali Watermelon? It sounds like something you go on a quest for. Stranded deep in the rainforest for seven nights, the young boy returns to his village a hero, carrying in tow the legendary Malali Watermelon as the elders weep with joy. Just kidding, it’s actually a real fruit. Klaus tells us “Malali Watermelon is a smallish watermelon with sweet ruby red flesh and a bright green skin. They mature best in warm, dry climates and are often grown in home gardens.” So I guess we won’t be writing that epic watermelon novel after all. She did say they’re thought to have started growing first in Africa… so we kinda got that part right. According to Klaus, Malali Watermelon is currently the company’s fastest-selling soda. She says people’s first reactions are typically ones of “surprise that it tastes true-to-nature” before adding that another popular review is that it tastes like “summer in a bottle.” Oh, and if you’re looking for a food pairing to go with Malali Watermelon, try sweet shellfish like shrimp or lobster, or savory meats like lamb or grilled kebabs.

Where to get: Dry Sparkling is distributed across the U.S. You can find it in stores like Whole Foods and Target, among others, but the best way to find the retailer nearest you is to use the company’s online soda locator. For a full list of stores that carry Dry Malali Watermelon, click here. But remember, it’s only here through August 2016. 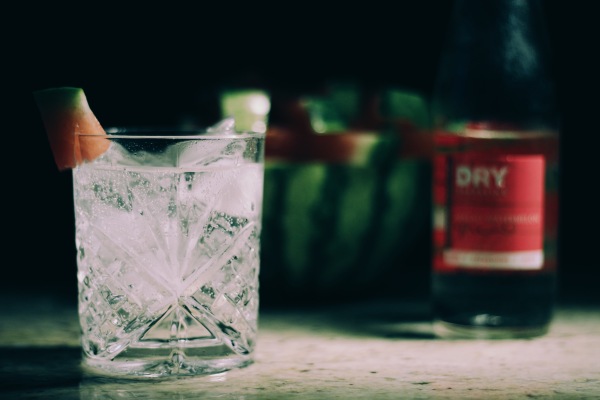 Nose: Sort a mash-up of a variety of melons, including honeydew, cantaloupe, and of course, watermelon.

Taste: Watermelon; tangy; soft; light. A light and refreshing take on watermelon soda. Not as sweet as other watermelon sodas, but still contains a noticeable amount of sugar and nice watermelon taste. A summer soda, for sure. One you could drink quickly. It’s very tangy up front – more of a tangy generic melon flavor than specifically watermelon. This segues into a more direct taste of watermelon that lasts for the finals two-thirds of the sip. The mouthfeel is also noteworthy. It’s soft. There’s noticeable carbonation, but it doesn’t sting the inside of your cheeks and adds to the soda’s drinkability. Not too strong, but still enough flavor there to satisfy watermelon enthusiasts. Very light and summery.

Finish: Softer than the initial tanginess. This is where you’ll really taste the watermelon. It lingers in the background for quite some time with the volume turned down.

Rating: Admittedly I’m not much of a watermelon fan, yet this soda is so light and mild I find myself continuing to sip it. It’s a quintessential summer beverage to be enjoyed by the pool or while grilling. I imagine it pairing well with food. As for the flavor, it’s tangy and full of subtle watermelon notes that show themselves more in the second half of each sip. The good thing about this soda is it’s not too melon-y, to use a technical term. Watermelon seems to be a divisive flavor among fruits. It’s not like cherry, which nearly everyone loves. So it’s nice to see Dry Sparkling not going over the top here. I think it could use just a littttttle more sweetness. Maybe up it from 19 to 26 grams. Other than that, this is a solid offering from Dry. The transition from tangy to fruit is excellently executed. You also don’t see a ton of watermelon sodas, so it’s nice to see one of America’s hippest craft soda bottlers tackle the flavor.