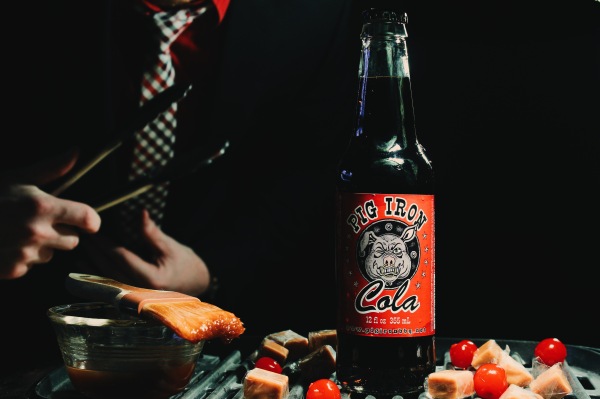 History: Pig Iron Bar-B-Q is a little piece of the south stashed in the upper northwest. Michael Lucas opened Pig Iron Bar-B-Q in 2004 in Seattle, Washington after studying barbecue while living down in Texas. So you’re probably wondering how a barbecue joint ended up with its own soda. Take a seat. Your lesson is now beginning. When it came to selling soda in his restaurant, Lucas was very specific from the beginning. “When I opened, the one thing I specifically wanted was RC Cola,” he said. So by gawd, he got RC Cola. But there was a problem. Suddenly in 2006, the RC Cola was no longer available. Lucas tells us over the phone with a chuckle that Pig Iron’s RC Cola supplier wasn’t actually licensed to distribute RC Cola. Dude was a soda bootlegger. So I guess I can cross that one off the business idea list. Naturally, Lucas sought out other distributors, but none of them could grant his wish for RC Cola. Eventually one of those distributors, Orca Beverage, called Lucas back and asked what he thought about making his own soda. He was game, and for three months in 2006, Lucas and Orca Beverage experimented with flavors that mimicked RC Cola. He said he wanted something that was “undoubtedly straightforward, but different,” something that had a little bit of mystery to the flavor. He added that caramel and slightly fruity notes were both in mind when concocting the recipe. There was one element of the soda that Lucas was very specific about: carbonation. Unlike traditional colas that blast your mouth with bubbles, Lucas wanted something much less intense that felt softer in the mouth. Another thing Lucas had in mind? Pairing his cola with food. “The thing I thought about most was having the soda with the brisket,” he adds. Savory, salty meats paired with sweet, slightly fruity craft cola. It makes me shed a red, white, and blue-tinged single tear.

Where to get: Pig Iron Cola is nationally distributed. In addition to the BBQ joint in Seattle, you can purchase it online from vendors like Summit City Soda (better deal) and Amazon. If you’re a business looking to sell soda or just someone wanting to place a larger order, Homer Soda Company is your best option. 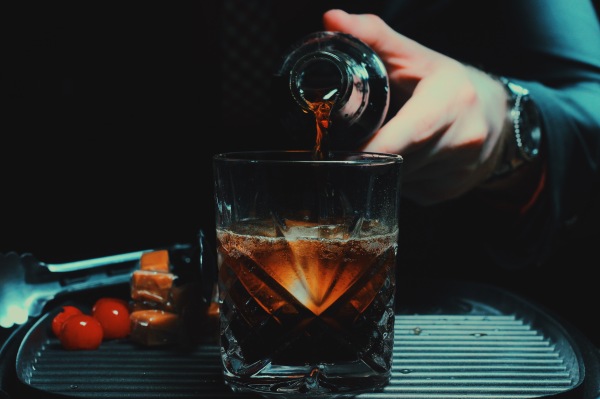 Taste: Cola; cherry syrup; cane sugar; mild bitterness. This is a sweeter cola with noticeable fruity notes. Cherry is what stands out, but it’s subtle. This is definitely more cola than cherry cola, but the fruity influence is there. I’ve heard the taste of Pig Iron Cola described as “brash” several times, but I disagree. It’s sweet, but not brash. Not harsh. It’s a sweeter, bolder version of RC Cola with more of a cherry note. As is standard with most cola, the carbonation is flush up front before any taste comes in and tinges the entire drink with a traditional mild bitterness. Pig Iron Cola displays a familiar cola taste with a distinct sweetness and slightly fruity influence that help it stand out.

Finish: Slightly more bitter than the body of the soda, but still sweet with faint cherry notes and soft mouth feel.

Rating: We say it all the time because it’s true: cola is the hardest flavor to make taste unique without flying off the hinges. Pig Iron Cola does a nice job of staying traditional, while adding subtle tasting notes like cherry, and turning the volume up on others, like the cane sugar. Those who have tried RC Cola will find an instant comfort with Pig Iron Cola. The two are similar, but Pig Iron is bolder and not quite as soft on the mouth. It’s a bold cola without becoming harsh. It’s like the opposite of my ex-wife. Where this really shines in my opinion is the cane sugar. It’s crisp and bold, but still has enough of a balanced mouth feel to invite copious repeat sipping. The sugar really weaves together the classic cola flavors with those cherry notes we keep mentioning. Because this is on the sweeter side, I’d recommend pairing it with savory or salty foods. This makes sense considering it’s a barbecue joint that makes the stuff. Pig Iron Cola is comfort soda. In a craft soda market that is continually trending away from cola, Pig Iron is a nice reminder that the category is still alive and well.