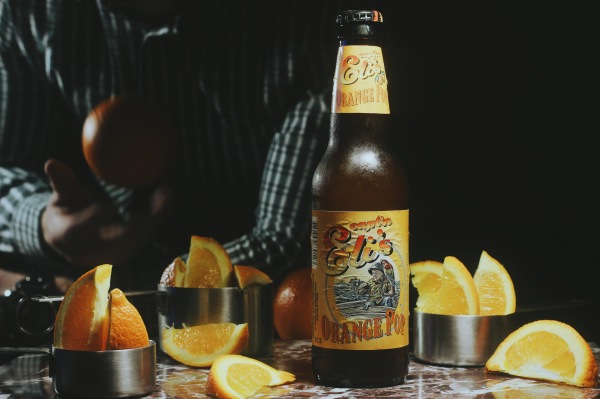 History: If you find yourself perusing the pages of The Undersea Adventures of Captain Eli, just know the super hero comic you’re reading was ultimately created with the end goal of quenching your thirst and not satisfying your insatiable appetite for deep sea justice. Despite my pompous language, I didn’t make that up. Capt’n Eli’s Soda really does have a comic named after it, introduced in the early 2000’s for marketing purposes. But the soda’s history dates much farther back than the comic. 80 years earlier in the early 1920’s, little Eli Forsley would wander down in his father’s basement and steal some of his dad’s homemade root beer. In turn, he’d sell it to his friends for a profit. When Eli grew up, he started making root beer in his basement too. Sure enough, one of his five sons, Fred, grew up with an affinity for the root beer. Fun fact: Fred’s son (coincidentally named Eli) is the model for the comic’s lead character. Fred was an entrepreneur like his father. In 1992, he founded Federal Jack’s restaurant in Kennebunk, Maine and two years later, he and a partner started up Shipyard Brewing in Portland, Maine. You might know Shipyard for its highly popular “Pumpkinhead” pumpkin beer. In 1996, Forsley started serving the root beer on draft at Federal Jack’s. Current Capt’n Eli’s President Ed Crockett recalls how “the local folks raved about it.” The next logical step was bottling. This happened in 2002. And yadda, yadda, yadda, 15 years later the company now has eight flavors after just recently introducing a cola in June of 2015 to replace the now discontinued Parrot Punch. It’s so new, it’s not even on the website yet. But we’re not here to talk about root beer or cola or even my love life . No, we are here to talk about Capt’n Eli’s Orange Pop. “When we drafted that recipe, we wanted to be different,” Crockett says. The company wanted an orange soda that felt refreshing instead of sugary and quenching instead of syrupy. Crockett tells us Capt’n Eli’s Orange Pop was directly inspired by Orangina. Like Orangina, you can see bits of pulp floating about in the soda. It also contains no caffeine, gluten or food coloring, and is made with pure cane sugar. What we’re trying to say is that Orange Pop is a classic flavor designed with a slightly different spin. Time to wade the deep orange waters Capt’n Eli patrols.

Where to get: Capt’n Eli’s Soda is distributed nationally, but is most widely available in retailers along the eastern seaboard. You can also purchase the soda online from Summit City Soda, as well as the Capt’n Eli’s online store. For large orders, and especially if you’re a retailer hoping to sell soda in your store, contact Homer Soda Company.

Taste: Orange; slight tart bite; mild tangerine. There’s a definite authentic orange flavor to this. Tastes fresher than most orange sodas. You get zesty, carbonated orange up front with a semisweet tart finish. In the background, there’s definitely a little bit of a tangerine taste – slightly sweeter than regular orange with more of an exotic flavor. The more you drink this, the more acidic it becomes. That classic orange soda zing becomes louder and louder on the palate. Overall, not quite as sweet as most orange sodas, but closely related to a classic orange with more of an authentic taste and a bit of zip.

Finish: Full-bodied orange zest flavor with a tartness that sinks into the back of the tongue.

Rating: Capt’n Eli’s Orange Pop is a close relative of your classic orange soda, but it clearly got all the better genes in the family. The orange flavor tastes real and bold. It’s not overly sweet or carbonated. The bite is zesty and slightly acidic in a way that is fitting of high-end orange soda. This really tastes like a craft soda. You can tell you’re drinking something of higher quality. The notes of tangerine add even more sophistication. All of these qualities elevate Capt’n Eli’s Orange Pop in the orange soda category. Crocket told us Orange Pop is actually the company’s lowest-selling flavor. I think that’s crazy. This is a diamond in the rough. This is an orange soda from which other orange sodas should watch and learn. Just don’t do it every day. That’s stalking. The bottom line is that this tastes like an orange soda you’re familiar with, but better. It’s comfortable, yet intriguing. It is a little more tart than a lot of orange sodas out there. I think that could either be dialed back a bit or the sugar levels could be slightly increased. That knocks it down from five stars, but overall, this is tops. Flavorful and zesty. This is a must-try orange soda. 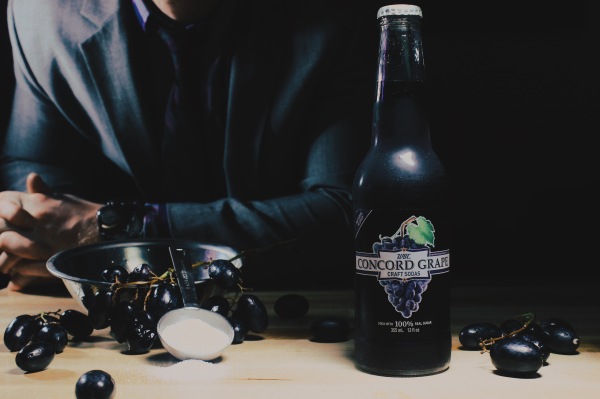 History: Chicago’s famous Goose Island Brewery is arguably the most popular place to get local beer in the city. I know I remember the beginning of many fond nights there. Not so much the end. The Windy City brewers started making their own Goose Island Root Beer in 1988, according to WIT Beverage Sales and Marketing Director, James Akers. The brewery eventually added diet root beer, Orange Cream, and Concord Grape, but they also realized the success of their beer was taking away time from focusing on their soda. This is where WIT Beverage in Redding, California comes into play. Akers tells us Goose Island was “chasing money for soda and getting it easily for beer.” Goose Island needed an outside bottler to produce it and in 2010 WIT Beverage stepped in to do the job. In order to meet the quality of the original Goose Island Root Beer WIT reformulated the recipes of Orange Cream and Concord Grape with “all-natural ingredients,” and introduced two other flavors in Spicy Ginger and Vanilla Cream. The other main difference is the name change from “Goose Island” craft soda to “WBC” craft soda. Akers says Concord Grape was originally introduced in 2006. After its recipe was altered, he says WIT spent considerable time trying to ensure it tasted cleaner and crisper than other grape sodas. “We spent a lot of time making sure it tastes like concord grape, like if you were to have concord grape juice,” says Akers. He adds to consider it a treat, which supports the mentality that craft soda is more of a luxury than mass-produced soda and not an addiction. I suppose you could be addicted to craft soda, but damn, it’d get expensive. “Once you have it, you’ll wanna come back,” Akers boasts. Let’s see if he’s right.

Where to get: WBC Craft Sodas are sold mostly throughout the midwest from Minnesota down to Kentucky. If you want to save time searching, Summit City Soda is a sure-fire way to find it online. You can also buy single bottles online from Soda Emporium. And if you’re a retailer looking to sell soda in your shop or you just feel an overwhelming need to order mass amounts of WBC Concord Grape, Homer Soda Company is the place to call.

Nose: Grape popsicle. Also kind of reminds me of those chewable grape Tylenol tablets you’d take as a kid. Hmm.

Taste: Grape popsicle; grape Kool-Aid. The grape flavor in this is immediate and pops on the tongue. Bang! It’s accompanied by a wave of sweetness and tiny, frothy carbonation that intensifies the grape flavor to its highest point. Then the flavor dramatically drops off. What most interesting is how the flavor comes and goes so rapidly without much a lingering effect. The carbonation also brings out the citric acid in the soda, which gives it a slight tartness. The sugar is crisp, but it’s definitely sweet. Grape push pops and grape Kool-Aid are the two best comparisons to the grape flavor in this. It’s big and bold, despite how brief it is on every sip.

Finish: Leaves a little bit of a strange, sweet medicine aftertaste akin to those grape Tylenol chewables I mentioned on the nose.

Rating: Where WBC Concord Grape succeeds is its combination of bold grape flavor up front, followed by a wave of carbonation and slight tartness. Grape is a such a complimentary flavor for sour or tart notes and WBC does this well here. On the flip side, while the grape flavor in this is nice; it doesn’t stick around long enough. Instead, you’re left with lingering sweetness, stripped of grape flavor, and a strange medicinal aftertaste. That candy grape flavor is so robust that it needs to be spread out more over the course of each sip instead of blasting your taste buds and then divorcing them prematurely. I already have trust issues. Don’t do this to me, Concord Grape! The aftertaste needs a little work too. I’d settle for fixing just one of these issues. If that were to happen, I think this ranking would get bumped up a notch. Concord Grape executes its flavor well, but leaves the drinker wanting just a little more.