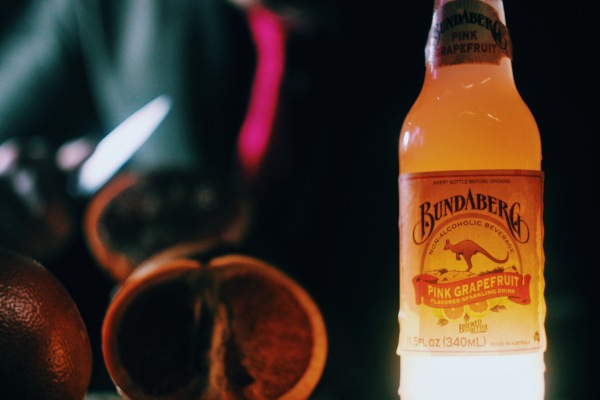 History: Perched along the northeastern coast of Queensland, Australia sits the city of Bundaberg. The name itself is hard not to say in an Aussie accent. It’s ok, we’ll pause so you can do it. You good now? Right, then. But you might know the name from arguably its greatest export, Bunderberg Brewed Drinks. The company, founded in 1960 and named after the city, is most famous for its ginger beer. Today, the company brews around 12 different flavors at a time with new ideas for sodas always being kicked around. Bundaberg ships its sodas across 46 different counties. Most of their flavors can be found around the world, though Australia and New Zealand are probably the only places you can be guaranteed to find the entire collection. For example, you won’t find Creaming Soda or Pineapple and Coconut in America. And let me tell you, we were given some of the latter just to sample and not review… and it is delightful. I may not have a girlfriend, but I do get sent rare sodas from time to time. I digress. I also mentioned that Bundaberg “brews” its sodas. This word is very important because it really is the best way to describe how their beverages are produced. Ashleigh Gray, Bundaberg’s Brand Manager, says “We pour our heart and soul into every brewed drink.” And I know that warms your heart, but the most important ingredients are actually yeast and fruit. Using yeast to ferment the fruit allows Bundaberg “to extract real flavor,” giving the sodas their signature, authentic fruity taste. According to Gray, the process can take “up to seven days.” Trust me, for a soda, that is intense. The company branched out from ginger beer in 2010, introducing its sparkling line that included pink grapefruit, guava, and blood orange. Even though it can be a divisive fruit, we’ve always felt like grapefruit could really translate to soda if the bottler could actually pull out the real essence of the fruit. Bundaberg’s Peach Soda does exactly that, so it was time to see how they tackled something a little more challenging to a wider audience’s palate. When we asked how the company designed the soda’s flavor profile, we were given an encouraging answer. Gray told us that “the grapefruit juice and the locally sourced sugarcane used in our beverages means that we don’t need to design the taste of our beverages, the taste comes through the use of real, quality ingredients.” We’re more than convinced our audience deserves to know more about Bundaberg’s Pink Grapefruit soda. Yet, as with any grapefruit soda or new relationship, we’re guarded.

Where to get: Bundaberg is the largest nonalcoholic craft beverage distributor in Australia and their sodas can be found all over the world. To find your nearest retailer, enter your info in their online product locator. You can also buy it online from Soda Emporium in single bottles or on Amazon in 12-packs. 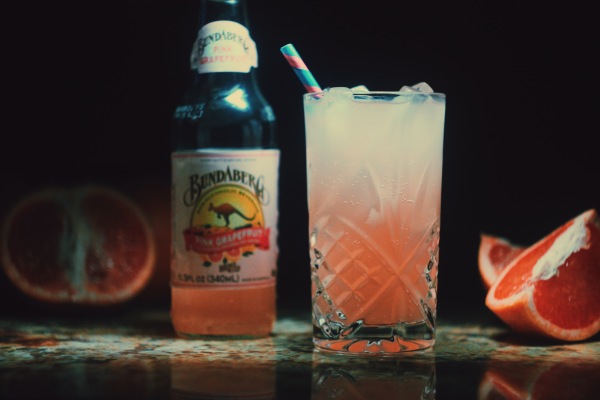 Nose: Smells exactly like a fresh-sliced pink grapefruit. You can’t get a more authentic grapefruit scent.

Taste: Grapefruit; mild sweetness; mild acidity. For as lush as this smells, the grapefruit taste is more pulled back than I’d expect. Pink grapefruit is definitely the dominating flavor here; it’s just not as bold as your nose leads you to believes. It’s a mild, but authentic grapefruit taste with reasonable sweetness and a slight, slight tartness. Solid grapefruit flavor, but doesn’t have the same punch or acidity that a real grapefruit slice contains. Refreshing and easy to drink. A summer soda, no doubt.

Finish: Medium tartness that flows outward on the tongue with the same grapefruit flavor from the body of the soda. The only difference on the finish is that the acidity is a little more noticeable.

Rating: Bundaberg is one of the best mass-produced craft soda brands at taking a fruit and transforming it into a sugary carbonated beverage while maintaining its authentic flavor. Their take on pink grapefruit is no different. It actually does taste like real grapefruit, just more mild in every way. Bundaberg Pink Grapefruit Soda takes everything about the fruit – namely the flavor and the acidity – and dials it back. Even the sugar levels aren’t as high as in other craft sodas. All of this, I assume, is intentional since grapefruit’s flavor is pretty divisive to the general population. Unlike drinking fresh-squeezed grapefruit juice, this is much more approachable. This is a grapefruit soda that’s light and refreshing while still tasting like the real thing. It’s like the opposite of when my sister makes meatloaf – I’m not really sure what’s in there, and God knows it’s better if I don’t ask. Bundaberg seems to have made a grapefruit soda for both fans and non-fans of grapefruit. Even if the fruit itself makes you a little hesitant, I’d still suggest trying the soda. My only qualm is the fact that it’s so approachable. For me, I’d enjoy a little more punch from the flavor. Bolder grapefruit and more of a bite. Admittedly, I’m probably in the minority, but I just need a little more oomph. I think Bundaberg’s Pink Grapefruit Soda would be best enjoyed on a hot day, perhaps by the pool or on a boat, maybe with some rum or vodka. Just make sure you’re not the driver. Grapefruit sodas are quietly becoming more popular in craft soda and many of today’s bottlers could learn a lesson from Bundaberg’s take on the category.