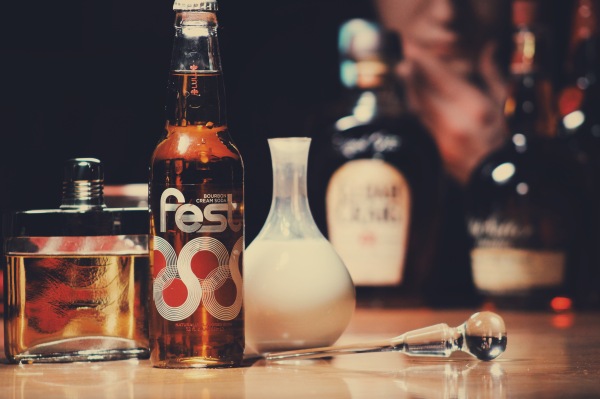 History: Are you ready for a little southern hospitality? The phrase probably can’t get any truer when talking about Roy Nelson and Fest Cola. And no, not this Roy Nelson. Not only does he craft his soda from the bayou of New Orleans; he also has a Canadian background! So he’s like the nicest southerner you’ll ever meet, eh? Sorry. Had to. Nelson has over 20 years of experience in the food and beverage industry. Wanting to branch out on his own, he chose craft soda for its blossoming opportunities. Fest Cola is actually not just cola. The company makes four flavors. It was important to Nelson that the brand stayed true to the New Orleans community. Each soda is actually named after some aspect or historical figure from the city. As for the flavors, they’re all standards with a unique twist. Almond Cola? Pecan Root Beer? Bourbon Cream soda? Yeah, those are all real things you can put in your body. Nelson says he wanted “flavors for today.” Fest Cola “needed to have a vintage feel, but something really progressive to establish itself.” They’re proud of their product. They aren’t ashamed to boast that they use expensive ingredients and 100% pure Louisiana ground cane sugar. But mostly, Fest Cola is about being original. In the words of Nelson, “We don’t try to be the best. We just try to be the only one.” And we’ve only heard of one bourbon cream soda. So we had to drink in the originality.

Where to get: Fest Cola is sold throughout the Gulf South region, Texas, and Chicago, Illinois. If that seems random, it’s because it is. Bottlers actually don’t have a lot of control where their distributors sell their products. You can also pick up Fest in Rocketfizz shops across the country. The company is setting up a direct order system through their web site, and they hope to have it live by the summer of 2015. In the mean time, you can get it online at Soda Emporium or by contacting Fest directly through their site to arrange an order. 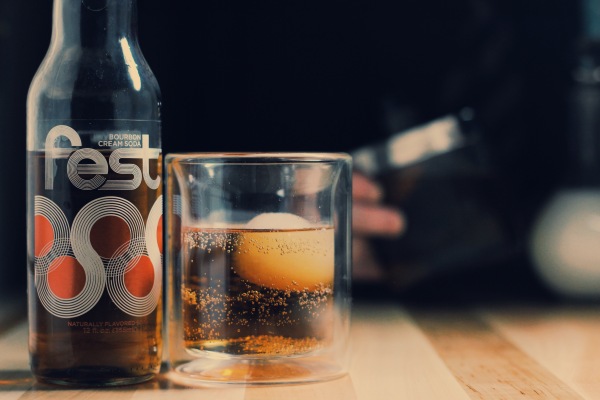 Taste: Whoa. There’s actually a bourbon flavor to this. Imagine that. It’s immediate on the tip of the tongue and explodes into rich vanilla waves almost on impact. It’s strong and different. But for a man (aka me) with a pastry chef for a mom, it’s strangely familiar. Dare I venture to guess, this may be actual bourbon vanilla. The vanilla profile here is exquisite. Bold, deep and rich that  lasts in intensity only for a fleeting moment before transforming into a softer vanilla flavor reminiscent of sweet bourbon sauces your grandma used to put on sweet treats like apple dumplings or yams. To be clear, this doesn’t taste like apple dumplings or sweet potatoes, but the vanilla-bourbon note on the backend of this soda is very similar to one found in sauces used to accentuate those desserts. The bourbon taste is long and slowly fades into a lighter version of itself. The sugar here is definitely noticable if you search for it, but really blends nicely under the symphony of sweet bourbon.

Finish: Sweet bourbon vanilla that tails off into light, burned caramel. Extremely pleasant. Maybe even a little bit of a powdered sugar note near the end as well.

Rating: The initial sip on this is an explosion of flavor every time. It’s wild and so incredibly fun, which is what soda should be. Fest calls this soda Lulu. You want to date Lulu. Lulu White was a New Orleans luxury brothel owner. So, actually… maybe you don’t want to date Lulu… unless you’re into that. But you definitely want to drink her…. err, I think I’m making this worse. The point is, it is strongly recommended you put this in your body. Bourbon, vanilla and light caramel highlight this wonderfully unique take on cream soda. Its flavors are bold and noticeable on their own, yet blend to create a layered taste you’ve never had before in a cream soda. Now, if you’re not big into strong vanilla, this may not be for you. That said, we’d still recommend it simply for the fact that you’ve probably never had vanilla in a soda in this way. Go out of your way to try Lulu. Do not go out of your way to find her brothel. This is cheaper, lasts longer and afterward you won’t need to see a doctor. Masterful. Put this in your permanent rotation.